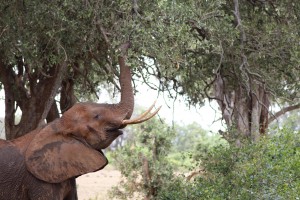 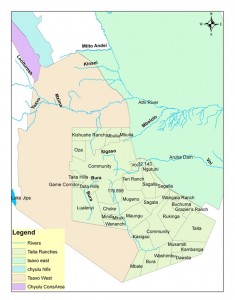 The Tsavo ecosystem is the largest protected area in Kenya and is home to the largest elephant population in tcountry. It is an area seriously threatened by poaching activities, which has forced most wildlife populations into decline. A large number of people depend on subsistence farming of maize as a staple diet, while the consumption of domestic meat remains prohibitively expensive, wild animals have therefore become an important source of cheap protein for the people and as cash income where alternative sources do not exist.

Habitat loss and hunting for bushmeat are currently the twin threats in the project areas which are leading towards the extinction of these natural resources. The traditional methods of hunting for bushmeat using traps and wire snares are no longer sustainable as they have moved from subsistence to commercial. To add to the bushmeat crisis, illegal logging takes a heavy toll on wildlife habitat which has harsh consequences. 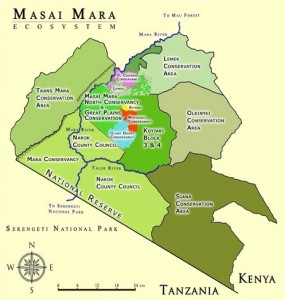 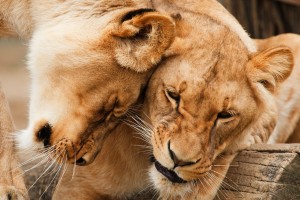 The Masai Mara, a vast area of undulating plains nourished by the Mara River and its tributories is the jewel of kenya’s Wildlife viewing areas. The Mara however is an imperilled ecosystem, the dispersal areas are rapidly declining as wildlife habitats due to increasing human/livestock pressure and incompatible land uses.

The local people are changing their lifestyles to sedentarisation and cultivation. Agricultural plots are mushrooming in areas of Rangeland and as the subdivision of land proceeds, the movement of wildlife is inevitably impeded and human wildlife conflict increases. With farming comes snaring for domestic and commercial bush meat trade that is threatening the existence of the wild animals as indicated in the previous project reports in which the magnitude of the danger wild animals are exposed to is highlighted. In the absence of a comprehensive land use and management plan for the area, this presents a scenario of impending crisis for the ecosystem.